What Does The Future Of Work Look Like? Five Interpretations From London’s Top Independent Neighbourhood Workspaces 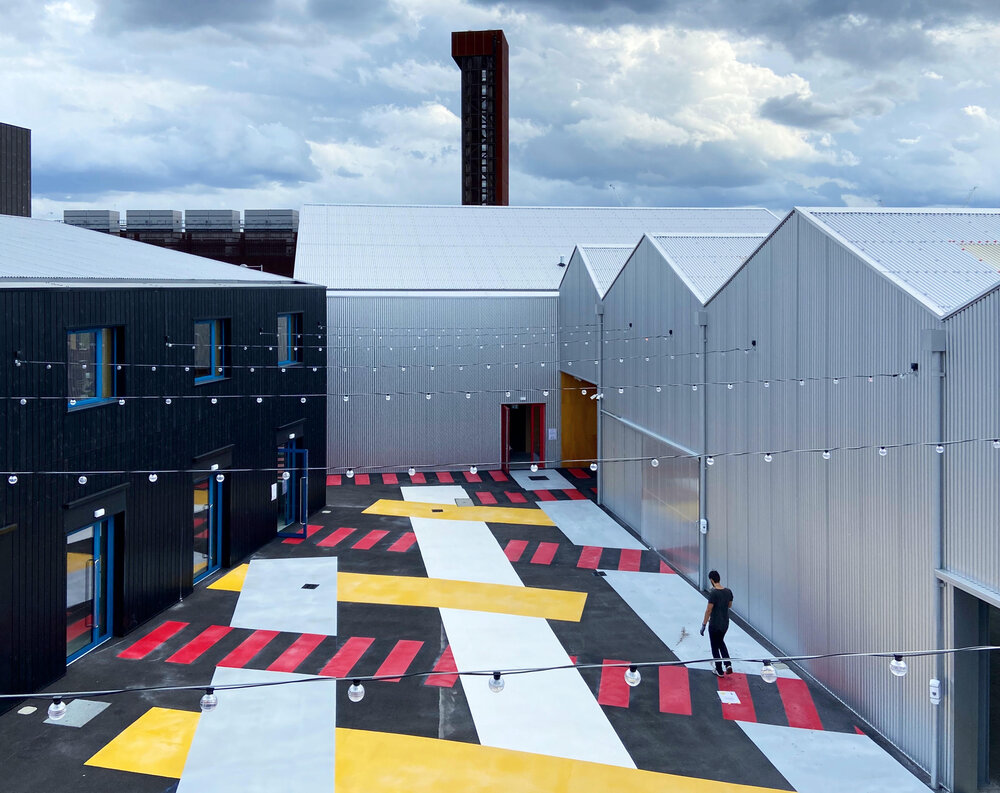 What does the future of work look like to you?

At Patch, we think it’s rooted in flexibility and balance. It looks like inclusive, beautifully-designed spaces that are open to all, boosting access to opportunity and providing a much-needed alternative to your kitchen table. Productivity is important, yes, but so too is community, and most importantly, it’s near to where you live, allowing you to spend more time with the people and places you value most.

As the popularity of these ‘third working spaces’ booms, the Patch team decided to head off to explore some of the other ventures striving to fill the gap between the traditional office and WFH model. Where some prioritised design, others focused on community, and where one targeted a more artistic crowd, another set its sights on a tech one. What was clear to all of us was that there was no ‘one size fits all’ approach to this new way of working and that everyone had their own interpretation. Each one, however, gave us a nuanced insight into how we can better serve ourcommunities and we all came away with a host of ideas ready to bring to current and future Patchs.

See anything that resonates or any aspects you’d like to see replicated in a Patch space? We’d love to hear your thoughts on what the future of work looks like in the comments below.

A multi-purpose destination defined by creative collaboration and social impact

Part of the legacy transformation of the London 2012 Olympic Park, Hackney Bridge is an ensemble of modern industrial sheds that has been transformed into a thriving cultural destination. It was spearheaded by Turner Works (the architects behind Pop Brixton and Peckham Levels) but created very much in collaboration with local residents and businesses, whose requests were instrumental in shaping the space we see today. The medley of buildings house studios for designers and artists, a co-working space, event venues, stages, and retail units for independent food and drink businesses, and flow seamlessly from indoor to outdoor encouraging you to interact with each of the different sections.

As part of an ongoing plan to engage and elevate the surrounding community, Hackney Bridge enlisted the help of local artists to splash murals over many of the walls and floors, and continues to run other projects with a similar focus on social engagement. This includes a mentoring programme with Loughborough University students, free venue hire for events benefitting the wider community, a giveback agreement from co-working members to invest a set amount of time each month into the local community, and the introduction of a community garden, which despite not yet being open is already oversubscribed!

The result feels intrinsically connected to Hackney Wick and a proud showcase of its creative talent, filled with an assortment of permanent and non-permanent musical, artistic, cultural, gastronomic and inclusive offerings that make it a destination worth travelling to even if you’re not from local to the area.

A tech campus designed to fuel collaboration and innovation

Just down the road from Hackney Bridge and also forming part of the Olympic Park regeneration project is Here East, a colossal building with an entirely different focus to its arty neighbour. The former Olympics Press and Broadcast Centre has been reimagined as an innovation and technology hub and is home to its own vast co-working space — Plexal — with over 800 members working in the cyber security and telecommunications industries. Where creativity and the arts reigned at Hackney Bridge, the emphasis at Plexal is on professional productivity and growth, and the space does away with the creature comforts and playful quirks of other co-working spaces to offer an ultra-sleek, seamless experience that perfectly services its tech-centric community.

Thoughtful design has played a key role at Plexal which is laid out like a mini city with a street-lamp lined high street and indoor street food stand. It’s also home to an Innovation Team tasked with helping startups scale, a workshop space for rapid prototyping, and free daily shuttle buses, all designed to create the perfect conditions for optimum efficiency, productivity and results.

Community and inclusivity are the guiding lights of Impact Brixton, which is the only black-owned co-working office space in England with 50% BAME members and 60% female. It was formed by local Brixtonians Gerald Vanderpuye and Jenine Baptiste, who hatched a plan to save its predecessor, Impact Hub, from closure, when the international operator decided to withdraw from the area. Already an established part of the community, they were intent on keeping this valued resource alive and still to this day it is run nearly entirely on a voluntary basis by members who share this mission. In January 2022, Impact Brixton moved to a new space overlooking Electric Avenue and Brixton’s iconic Market Row and saw the entire community converge in a collaborative effort to build and decorate it. The result isn’t as slick or high tech as others but the sense of community and inclusivity is unparalleled. This unfussy approach to the space also means that Impact Brixton can be creative in activating it at all times, transforming offices into board game rooms after hours, bars doubling as hot-desks when necessary, and the front room currently used as a distillery for Brixton Botanical Rum.

Impact Brixton also runs a series of initiatives designed to engage its locals and unlock access to opportunities. This includes its Xchange Programme, which offers free desk space to members who can’t afford the fees in return for five hours of work a week within Impact Brixton, and a local business mentoring system in collaboration with the local council. Most popular of all are its legendary Friday night gatherings, which consist of free food and drink, games, comedy, creative pitching, quizzes and karaoke, attended by hundreds of locals from the Brixton area.

A thoughtful neighbourhood workspace with a big vision for the future

Arc Club Camberwell is small but beautifully formed with its Instagram-worthy pink interiors fitted with reclaimed furniture, original artwork and a street-facing cafe with a floor-to-ceiling glass frontage. Aesthetics play a big role here, with founders, Hannah Philp and Caro Lundin, favouring open-plan ‘blank canvas’ style spaces that allow them to put the minimalist, pastel-paletted ‘Arc stamp’ on them. There’s further logic in this decision too, since these spaces are far easier to fit out with Arc’s modular pod system, making them not only beautiful but also 100% scalable. This was very important, explained COO Josie, as Arc was founded as a response to counteract the rapid disappearance of community spaces, with 4,000 council-owned public spaces and facilities sold off by local authorities in the UK each year.

Online, Arc describes itself as a ‘work sanctuary close to home’ and there’s no doubt that it’s more contemplative and tranquil than others spaces. As such, it lends itself to individual workers rather than groups or teams — something Arc has wholly leant into by doing away with private offices and offering only hot-desks and a handful of meeting rooms. It’s got a host of new sites in the pipeline but despite this ambitious growth plan everything still feels thoughtful, creative and intrinsically linked to its location, from the book exchange at the doorway to the art galleries it works with and the workshops it offers, which are all 100% local.

Over at Market Peckham, property group Frame has converted a seven-storey Edwardian building into a co-working space, pop-up retail offering, a restaurant, a rooftop wine bar and a nightclub. In a similar vein to Hackney Bridge, the ambitious project is exploring the world of work-meets-leisure to huge success, tapping into a varied audience of locals and non-locals who are willing to travel across London to experience this new type of working environment. The workspace itself is all pale woods, mid-century modern vintage furniture and an explosion of plants, accompanied by a level of silent concentration we hadn’t expected from a space sandwiched between a nightclub and one of Peckham’s most popular rooftop watering holes.

When chatting to Frame’s Simon Thorpe, the project’s co-founder, it was fascinating to hear the evolution of Market Peckham’s offering over the course of seven years, which had been honed in response to community feedback and local demands. Originally, the plan had been for office and residential space only but Simon and his partner, Nick Mansour, decided to expand this to cater to Peckham’s creative and culturally diverse crowd. This was a smart idea which, alongside neighbours like the Bussey Building and Peckham Levels, has established Market Peckham as one of South London’s most popular cultural hubs and hangouts. Ever evolving, on our visit we were treated to a look into the next iteration of its ground floor space, which is soon to be a covered food and fashion market.