Meet the people who've played a role in shaping the Patch you see today. 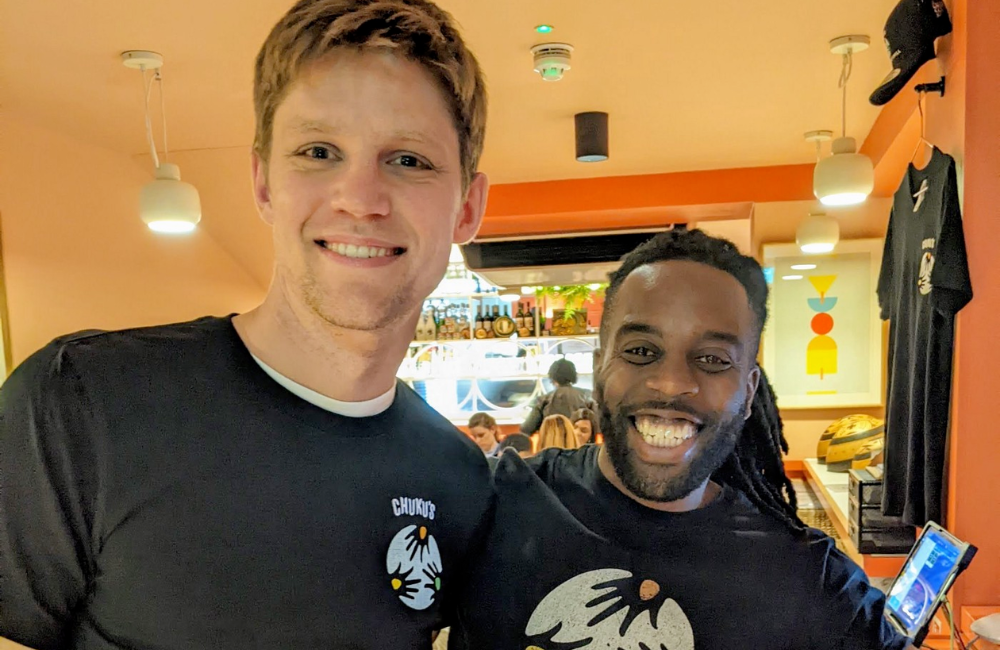 Starting a business alone is lonely. Lots of things can be lonely or scary by yourself. That’s why we seek others out to champion our ideas, give us a nudge, pick us up on the hard days or just keep us going on the long ones. It’s one of the things we call community, and we see it every day between our members at Patch.

I’d like to share some of the founder friendships I’ve made since starting Patch, across the Work Near Home world. These are people who really believed in what we’re building, and in whom I believe too. There are many others who are responsible for Patch but we’ll make a start here.

This is not #spon, nor did they ask me. I just want to thank my friends.

What Hofy do: Hofy provide equipment for remote teams, from high quality chairs to laptops and more | www.hofy.com

How Sami helped me: Encouragement and belief mean a lot in the early days, when it’s just you, an idea and your kitchen table. Sami was a little ahead of me when I started Patch and was nothing but supportive from day 1. From introducing investors to giving me confidence in the idea and solving practical early stage issues, Sami was there for me. We’d only very recently met but that didn’t hold him back. There’s something special about founders who want to help other founders out, they just know what you’re going through.

Why I’m excited about their future: The future of work is not one size fits all. There are great reasons to work from home. I’m particularly excited about how this empowers individual employees, with greater flexibility to balance life.

What Tally do: Tally is a bookings platform for flexible workspace, by the day, hour or month | www.tallymarket.co.uk/

How Jules helped me: We met a few months after Patch launched, Jules had been politely nudging me to get Patch onto Tally for a while. We believe in building a business directly with our customers (which is harder, but I think more beneficial in the long run). However, I’m constantly inspired by Jules’ energy, passion and absolute determination, a great example of ‘Grit’. We haven’t known each other long but when I think of someone who sets their mind to something, and will get it done, I think of Jules.

Why I’m excited about their future: Tally is solving a problem we have at Patch, offering flexible ‘near home’ spaces for our own team. Although Patch locations are designed for high streets in towns around the UK, our team are predominantly in London. I suspect we’re not the only people with this need.

What Zelt do: Zelt is the HR foundation layer a startup needs to manage the basics, including payroll, absences, devices and apps | www.zelt.app/

How Chris helped me: Have you ever employed anyone? I hadn’t done so before Patch, and I was scrambling to ask who was in charge of the HR department. As a founder, I’ve learned that the answer to nearly every question that starts with ‘who’ is ‘me’. Which is why Chris was so invaluable. Where my accountants took weeks to respond, Chris immediately explained how payroll works, why you have to pay something called HMRC Cumbernauld, and how much. Given our first employee was starting a week after Chris and I met, this was all quite important. I discovered later that we were Zelt’s first ever customer, and I couldn’t feel luckier.

Why I’m excited about their future: Zelt care about their customers and product above all else. The team Chris has built move exceptionally fast, and are very responsive to feedback. There is a lot of functionality that I don’t get from other software, and I don’t have to look that hard either. If I need something, Zelt answers (and are probably already building a solution).

What Daisy does: Although she hasn’t founded a business per se, Daisy has been at the centre of community building in the European startup ecosystem for several years. She is the founder of the Backed VC scout network, and has developed new and powerful approaches to community building that have influenced me heavily.

How Daisy helped me: Daisy has been my mentor for understanding what community is, what it means, who it’s for and how it might be brought into life as a product. She is one of the handful of people I’d say are responsible for Patch coming into existence at all. Through her actions as well as her words, I’ve been witness to the radical simplicity she has brought to the ethos of creating spaces and places for people to make connections. It’s been a huge load of work and discovery for her, but the insights are crystal clear to us, and she is a giant on whose shoulders we stand at Patch. I’ll never forget her early advice, that our role as facilitators of community is to just give people space, not to instruct— local individuals and groups are already great, and know what they want, so just help them be them any way you can.

Why I’m excited about their future: I don’t like peer pressure on people’s professional potential. Unlike others in this post, Daisy is a person and not an organisation. So to put it simply, I don’t have to be excited for Daisy’s future, because I already know who she is today and that’s reason enough for excitement to be her friend.

What Chuku’s do: Chuku’s is a Nigerian Tapas restaurant, and a brand that speaks to a particular type of community friendship | www.chukuslondon.co.uk

How Emeka helped me: Emeka has been a friend and inspiration for a long time. We met at a corporate internship whilst still at university but he broke out to start a business long before I did. There is a clear community focus to what he is building with Chuku’s, which is about food as a conduit for conversation, culture, people, stories and so much more. I think of Chuku’s when I think of how Work Near Home is so much more than desks. But the real lesson I’ve learned from Emeka has been observing him commit his whole self to a business that is not really about business at all. It’s an expression of his identity and the imprint he wants to share with others. I think he’s the first founder I saw that level of total immersion in, and it helped me understand what I was looking for when starting to develop Patch.

Why I’m excited about their future: Emeka is devoted to what he does, and he is supported by his wonderful cofounder (sister Ifeyinwa) and a wide circle of friends — just see the crowdfunder page on their website. Emeka gives before he takes, such as when he supported our launch as a speaker at the Patch Festival of Ideas. He is extraordinarily resilient, and this set of values will motivate him and those around him to take him forward whatever happens.

What Omnipresent do: Omnipresent help you hire and manage people anywhere in the world, including legal compliance and benefits | www.omnipresent.com/

How Matt helped me: Similar to Michael, Matt’s company is further ahead than us at Patch. This relationship is about helping me see a path ahead, understanding the challenges of building and scaling an organisation that I hope will become many times the size of where we are today. We are in very adjacent business areas, and share a lot of the same beliefs about the future of work. Once again though it comes down to values, and Matt is building his company in a way that resonates with how I’d like Patch to grow too. Seeing it done well, and by someone who is happy to share those lessons directly, is an important guide.

Why I’m excited about their future: More remote work means more remote hiring, and we discovered that this is much harder to do than you might think! At Patch, we recently employed a colleague in a different country and thank goodness for Omnipresent helping us through that process, keeping it simple and seamless for the employee was a top priority. The customer and product focus of the team, and their general supportive attitude, speaks volumes for a their competitive advantage in this field.

What Landscape do: Landscape is an open reviews platform and community for founders to rate their experiences with investors | www.landscape.vc/

OK, this is tangential to Work Near Home at best, but I couldn’t exclude Joe. Consider it a bonus.

How Joe helped me: If anyone believes in the Work Near Home future, it’s Joe. Perhaps this is his general enthusiasm to support his friends or his passionate belief in community — either way, he’s a constant source of energy and confidence in our vision. Joe introduced me to some investors early on who share the same beliefs and care about the same things we do at Patch, and he has been a reliable sounding board for navigating the often guarded and murky world of investment. He’s extraordinarily founder focussed, and as a first timer myself, this has been an invaluable trust bond. He’s also built an anonymous and open founder community around Landscape. It’s a sign of how Joe wants to multiply his supportive mindset to help more people build something they care about, especially if they’re on the ‘outside’ of existing networks.

Why I’m excited about their future: Lay out all of the people, and all of life’s opportunities, and they rarely overlap. Like me, Joe believes that building companies can have a transformative effect on this imbalanced equation, but there are huge barriers that lie between great founders starting these businesses. By shining a light on the startup investment industry, and building an anonymous peer group of support that strips away status and existing network, Landscape are moving the needle towards redressing that balance. More great companies can be built, more overlooked people can have their needs addressed.

That’s it, for now. Thanks for reading. They say it takes a village, and in writing this, I can’t escape all of the other stakeholders and groups in my minds who have become my community as we’ve built Patch.

From team, to investors, friends, family and of course our members and local stakeholders, there’s a rich thread of people I’d like to thank. I’m going to think about how and who, and hope to share more like this if it’s the right thing to do.